“Berkeley was the perfect place for me in every way”: Liza Wachter (English '81) 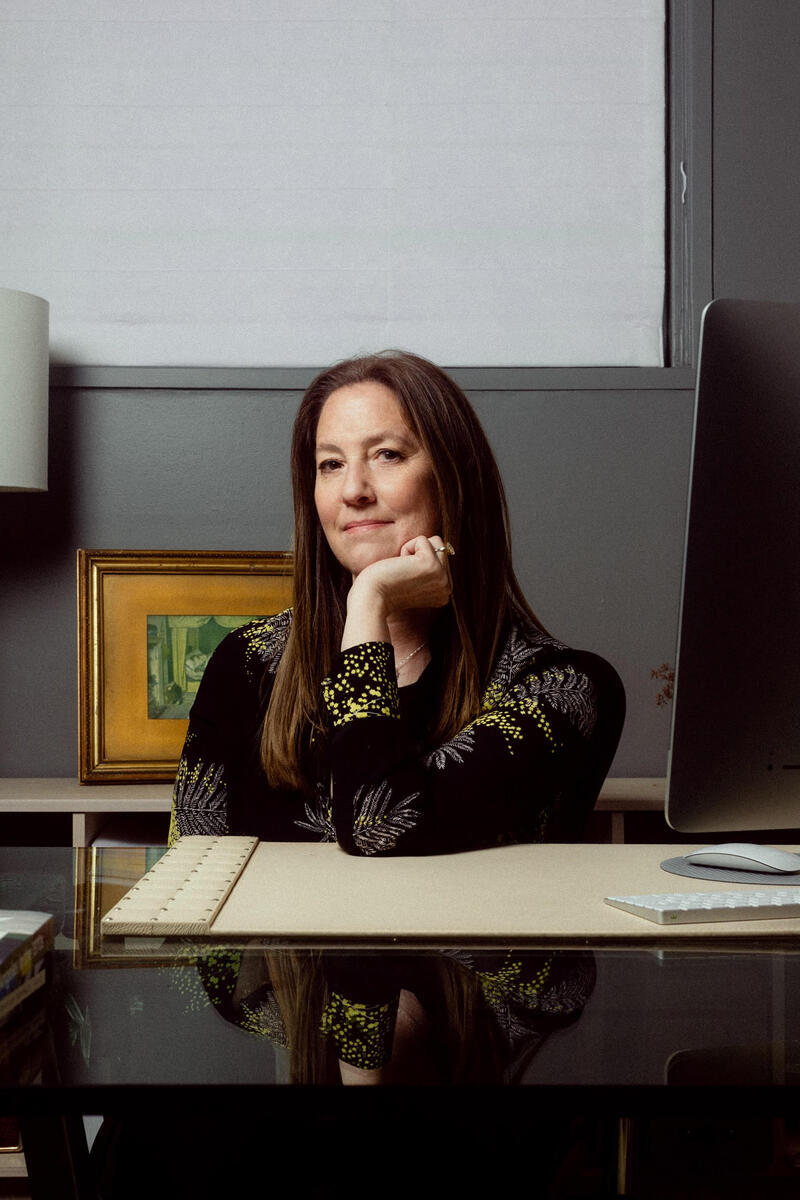 Liza Wachter (English '81) is president, partner, and director of film and television for Spiegel and Grau, an independent publishing house launched in 2020. Previously, Ms. Wachter co-founded RWSG, a premier book-to-film agency that specialized in the representation of dramatic rights. Ms. Wachter currently serves on the Advisory Board for the College of Letters and Science as well as the boards of The Paris Review and the Human Rights Watch California Committee. She previously served on the board of the Berkeley Art Museum and Pacific Film Archive, the University of Southern California Law School Board of Councilors, and as a trustee on the UC Berkeley Foundation Board. Her husband Paul Wachter was appointed as a UC Regent by Arnold Schwarzenegger and served twelve years. The Wachters are Builders of Berkeley, with generous gifts to the English department, BAMPFA, and the Arts + Design Initiative.

We spoke to her about her career trajectory, why she supports Berkeley, and why the world needs more English majors. This interview has been edited for length and clarity.

Your career arc has been fascinating. Could you describe some of the steps along the way to your current role?

My career has been quite circuitous. I was an English major at Berkeley and I loved it. But when I graduated, I wasn't knowledgeable about publishing or other areas that I could have pursued. So I went to law school, graduated, and worked at a law firm in New York. That was a great experience, but I knew early on that it wasn't my permanent career path. After about two years I decided to go back into the book world, and I had a short stint as an editor at a small publishing company in New York.

Soon after that, life with my family took me back to California. I was looking for ways to work in book publishing or as an editor, but there aren't many publishing houses in California, and I also had small children at the time. And then an amazing thing happened. I was walking with my son in a stroller, I saw a sign in a storefront announcing a soon-to-open bookstore, and I decided I would go in and see if they needed anyone to work there. They did, so I got involved in starting this independent bookstore in Pacific Palisades. It was a wonderful experience.

Then when I was ready to start thinking about my next phase, I met for coffee with an acquaintance, Sylvie Rabineau. She had been a lawyer too, and she was working as a co-agent — a literary agent that represents authors to help works transition from the page to film or television. I hadn't known that this job existed. When we realized our backgrounds were so similar, we started talking about creating an agency together. And in 2000, that's what we did. Our agency, RWSG, had an amazing run for 16 years before selling to WME in 2016.

After that sale, I missed working with authors. When I met Cindy Spiegel and Julie Grau a few years later, we immediately hit it off. I was aware of their reputations before I met with them, because they are two of the most revered editors in New York. And Cindy Spiegel is a Berkeley grad, too, with a master's in Comp Lit! They had expansive ideas about publishing, which involved including film and television in some way, so together we formed this model of what a publishing house could be in the modern age.

How do you use your training in the humanities in your current work?

My work has always been in evaluating written material, so I use what I learned at Berkeley every day. The breadth of what I've read in the past really informs my ability to evaluate written works and place them in the context of what else is out there.

Are there any particular vignettes that you might want to share from your current or recent work?

The work that I've done has brought me into close relationships with authors I greatly admire. For instance, I was working with Philip Pullman and there was a period of time where I was going to visit him every summer in Oxford. I would meet him for tea, and that just felt incredible every time. He's an amazing author and a wonderful person. Another example: I worked with Rachel Kushner, who is a Berkeley alum and an astoundingly good writer. I feel incredibly lucky in working with such talented authors.

Which classes or professors stand out from your time at Berkeley?

The biggest standout was taking a class with John Bishop, who specialized in James Joyce. He became my adviser for my honors thesis, which was about a specific chapter of Ulysses; he was a very influential, very brilliant, very kind professor. I also really liked a course called Shakespeare and Film taught by Hugh Richmond; you could say that's when I started seeing the special connection between written works and film.

You and your husband have been exceptionally generous supporters of Berkeley. What motivates you to give back?

Giving back has been really important to me. I think your identity gets formed at a certain time in your life. When I was a student at Berkeley, that was the perfect place for me in every way, both socially and academically. It shaped who I am now. I joke that I'm frozen as that person, and I've always had this love for Berkeley as a result.

I've found various ways to give back over the years. Because of my experience in the English department, that became the focus of my involvement. Giving in support of scholarship funding for English majors was a natural way to help students in that department, and I'm really happy to have been able to do that. I jumped at the opportunity to join the Letters and Science Advisory Board because it was an area where my expertise could be helpful.
When my husband got the opportunity to become a Regent, over the course of his 12-year term he saw a lot of the inner workings of the UC system — and Berkeley in particular — and that strengthened his dedication.

Why does the world need more English majors?

When you study English, finding your path isn't as straightforward as going to law school and becoming a lawyer or going to med school and becoming a doctor. But you learn so much about other periods of history and other worlds beyond your own experiences. The empathy and breadth of perspective that I gained from reading have served me well in the work that I do, and also in my relationships with friends, family, and business associates. It's always better to have a broader understanding of the world.