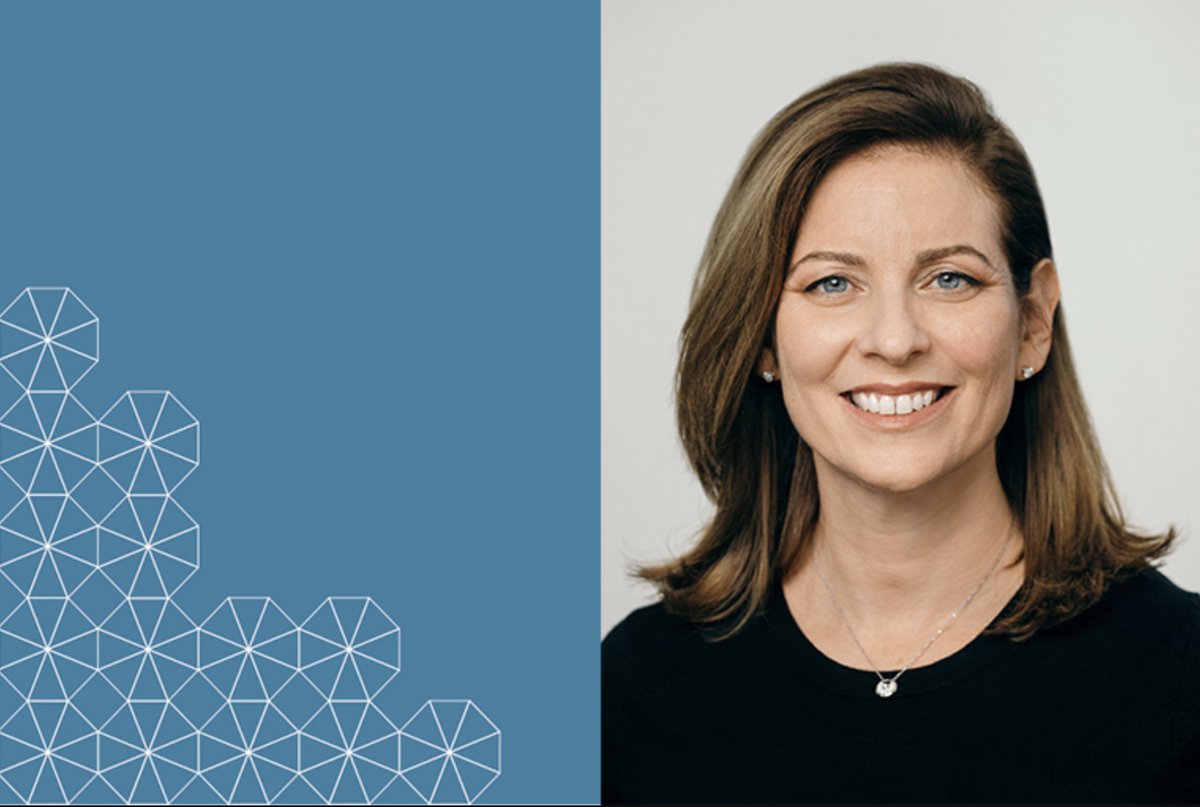 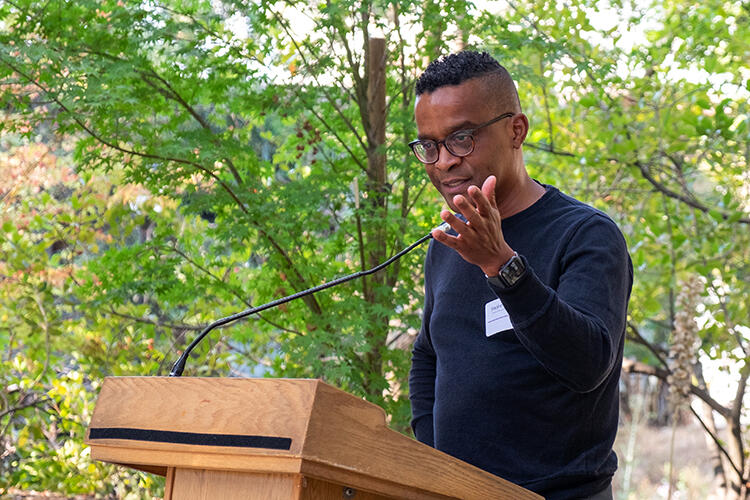 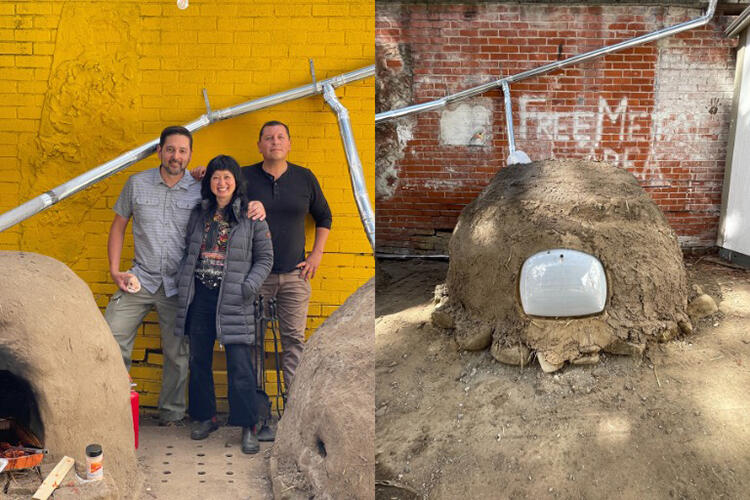 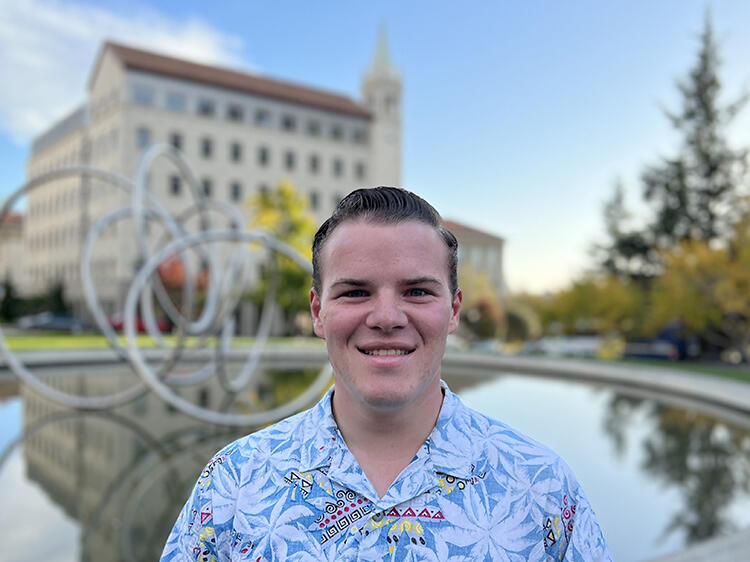 Matthew Rowe wasn’t considering a degree in the humanities when he joined UC Berkeley in fall 2022. Instead, he chose to major in political science, with the goal of preparing for a career addressing the global problem of climate change.

But after his first semester, Rowe switched his major to philosophy, in the campus’s Division of Arts and Humanities, realizing that to approach such a multi-faceted issue would require “going beyond politics and legislation in order to address the apathy people experience when discussing climate change.”

“Philosophy, in my opinion, asks more fundamental questions that seem to transcend global topics, such as politics, in terms of their everyday importance,” said Rowe. “The problem largely has to do with how people have such a hard time comprehending the size and magnitude of the environmental crisis that they often turn apathetic toward it, in response.”

Rowe is part of a national boom in the number of students choosing a major in the arts and humanities — a choice that comes with a decades-long reputation, often from parents, as non-practical or a hobby — and even President Obama mocked an art history degree in a 2016 national address.

At UC Berkeley and many other top universities, students increasingly are choosing to study art history, modern and ancient languages and literature, philosophy and religion, visual and performing arts, and film and media studies. They believe these fields are vital to their pursuit of becoming global citizens who can tackle society’s issues from many perspectives and approaches.

President Biden is a proponent of the humanities, too, and celebrated National Arts and Humanities Month this October following a national address on Sept. 30. He made a proclamation and signed an executive order to promote the arts, humanities, and museum and library services, recognizing the essential role that the arts and humanities play in all aspects of society and the global economy.

Sara Guyer, dean of Berkeley’s Division of Arts and Humanities and director of the World Humanities Report, notes that recent global events, such as the pandemic, have prompted students to look toward the humanities because of their interest in addressing global challenges.

“So many of us, in our own ways, found ourselves in a series of unprecedented situations without a compass or guide,” she explained. “It is not at all surprising that students are turning to the arts and humanities as a way to make sense of our current moment. The imaginative, ethical, creative and analytical contributions and historical observations of humanities research and artistic production provide a valuable way to understand the complexities brought on by contemporary challenges.”

Maylis Peyron, a sophomore, will graduate from Berkeley with two degrees from the Division of Arts and Humanities and plans a career in environmental development, preferably in Latin America. Her courses, to achieve a degree in global studies and another in environmental policy and management, include Spanish, microeconomics and world history, in addition to many classes in the sciences.

A French citizen, Peyron developed an interest in community development while living in Singapore during her high school years and participating in service projects that made her aware of the skillset that’s needed to truly partner with individual communities in another country.

“It’s not just knowing about their culture,” she said, “but what political and economic predicaments have led to where they are today, which might include a legacy that comes from colonization, war and other people coming in and deciding what’s best. This is especially true in communities that have had less contact with the wider, globalized world, of which they may be skeptical and unable to trust easily.”

A signature way in which the arts and humanities are engaging with global issues can be seen at Berkeley in the Course Threads program developed by the Townsend Center for the Humanities. Students can weave together courses from multiple departments and disciplines that are related to one another by intellectual themes, such as the humanities and environment course thread. By curating courses around an intellectual theme, students can address a big picture topic from many angles, while remaining in one dedicated major.

A recent course threads seminar, Tres Hornos: Earthen Ovens and Foodways of the Southwest, taught by Ronald Rael, chair of the Department of Art Practice and professor of architecture; Stephanie Syjuco, professor of art practice; and Jun Sunseri, an anthropology professor, combined migration, alternative building practices, indigeneity and food studies. The course addressed a balance of practical skills with research, field studies and humanistic inquiry, while teaching students how to build hornos, also known as earthen ovens, and how to test out inflatable molds to help with the quick construction of a horno that could be provided to families migrating at the U.S.-Mexico border.

Other courses in the humanities and environment thread range from environmental policy and conservation to climate fiction, art history, and film and media. It is precisely this richness of perspectives that make the arts and humanities so appealing to students, Guyer suggested.

“The arts and humanities recognize the value of open-ended, creative and critical inquiry in addressing urgent questions,” she said. “Students also understand that they need multilingual competencies and familiarity with global perspectives to navigate a rapidly changing world.”

These competencies are paying off in the job market, too. In a Berkeley alumni panel hosted by the Berkeley Language Center on Friday, Oct. 28, Eric Olliff, who has a B.A. in Chinese language and literature and today is a project manager at Google, explained that his ability to fluently speak another language helped him land a competitive job in ecology conservation and technology.

Another alumnus, Doug Freeman, who has a B.A. in English, spent eight years as chief operating officer at Patagonia and helped the company become a leader in using environmentally-conscious materials. California’s previous governor and UC Berkeley alumnus Jerry Brown, who has a B.A. in classics, put the state on the map as global climate leader: His 2018 executive order and bill set a 100% clean electricity goal and put California on a path to carbon neutrality by 2045.

Examples like these undercut the myth that studying the arts and humanities is a “non-practical” choice, Guyer said. “Studying multiple forms of knowledge not only deepens your understanding of the world, but it provides new resources for imagining the world as it could be,” she explained. “The arts and humanities today are perhaps more important than ever. I expect we’ll see our division keep growing in the years to come, and I expect our students will lead the way in enacting positive global change.”

Rowe, who is set to graduate in spring 2026, agreed and is not too worried about what specific career his degree will lead to.

“If the goal of education is to train well-formed leaders and changemakers,” he argued, “shouldn’t it be the case that they are taught empathy, understanding and open-mindedness in order to be the most well-adjusted people they can be, regardless of their occupation?”