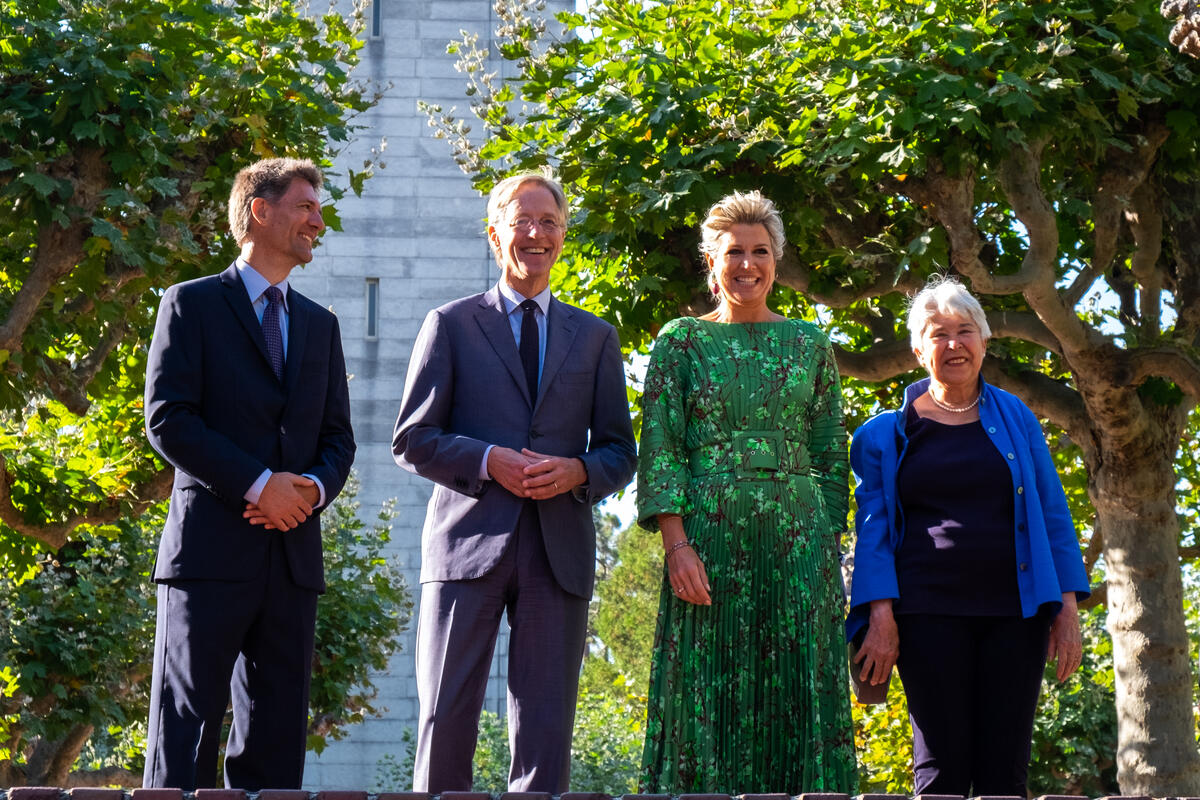 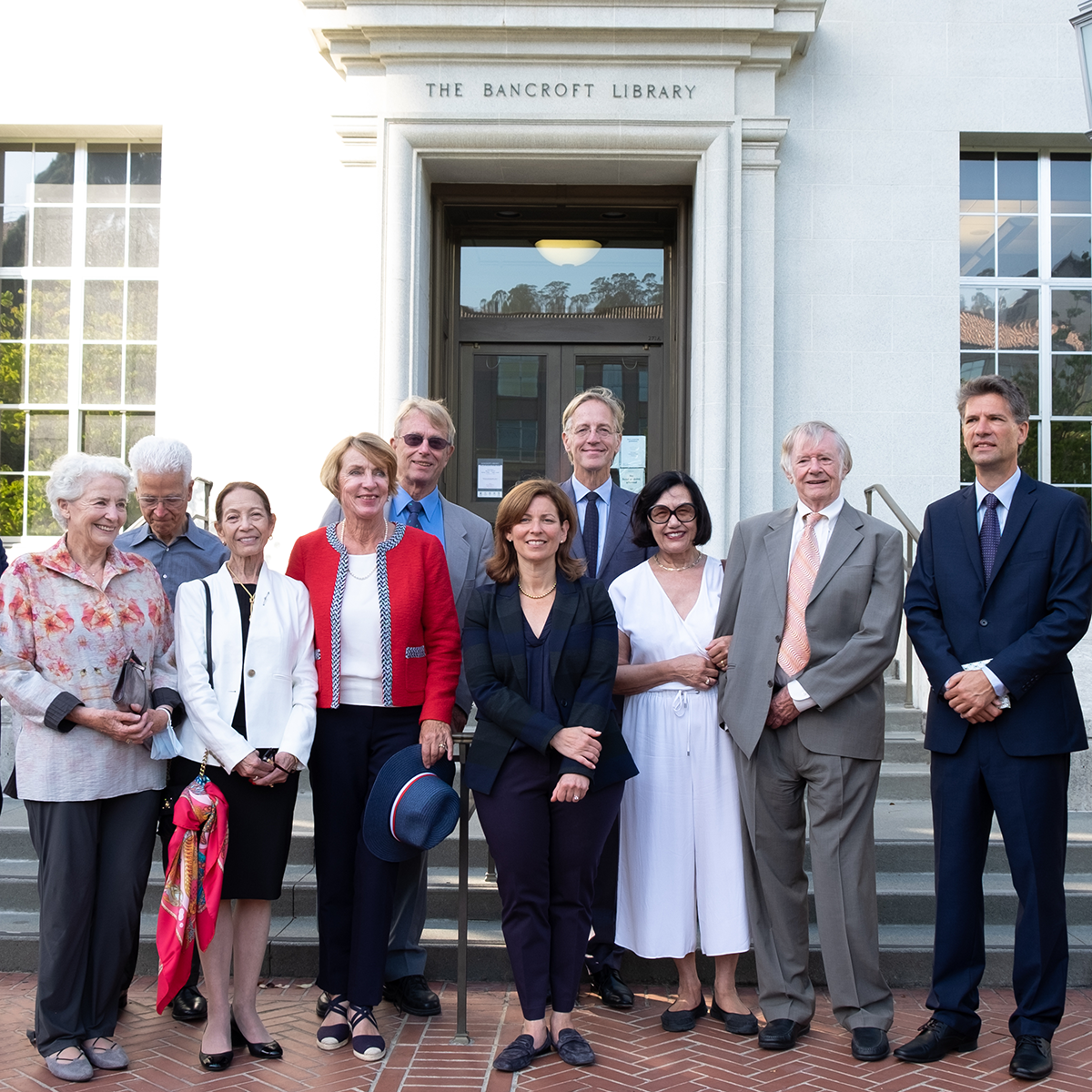 In 1971, Her Majesty Princess Beatrix of the Netherlands visited the UC Berkeley campus in honor of the founding of the first Dutch Studies program in the United States. She created the Princess Beatrix Chair of Dutch Language, Literature and Culture — later renamed the Queen Beatrix chair — with Professor Johan Snapper as the inaugural chairholder.

Fifty-one years later, a group of donors has come together to create the Professor Johan Snapper Endowment for Dutch Studies in honor of Professor Snapper's lasting contributions to the field and University.

The $135,000 fund, which Professor Jeroen Dewulf plans to use to establish an annual lecture on Dutch literature, was announced on the occasion of another royal visit.

On September 7, 2022, Her Majesty Queen Máxima visited UC Berkeley and met with faculty members and students in the Dutch program. Dutch Minister of Education, Culture and Science Robert Dijkgraaf announced the launch of the Dutch Network for Academics in the U.S. (DNA-US), which will aim to promote knowledge-sharing among Dutch researchers in the U.S. as well as scholars with strong ties to the Netherlands.

During the visit, UC Berkeley Chancellor Carol Christ opened the event by welcoming Her Majesty the Queen: "It is a distinct honor and pleasure to welcome Her Majesty, Queen Máxima of the Netherlands, to the Berkeley campus... We will always value these strong ties between the Cal family and the royal family."

Housed within the department of German in the division of Arts and Humanities, the Dutch Studies program supports an undergraduate major and doctoral designated emphasis. The program is one of only six in the U.S., and is known for its inclusive approach to Dutch Studies with an expanded understanding of Dutch language and culture beyond traditional Netherlands-centered curriculum.

Tineke Jacobsen, parent of a Cal alum and former board member of the Netherlands America University League, initiated this new endowed fund in honor of Professor Snapper's preeminence in the field of Dutch Studies, and Berkeley's five decades of thought leadership.

The Lijphart family also came together to support the fund. Arend Lijphart, professor emeritus at UC San Diego, is an influential political scientist and a former UC Berkeley colleague of Prof. Snapper's. Anthony Lijphart (Art Practice '85) was a student of Professor Snapper. Anna Lijphart (BS EECS '87) is a longtime donor to UC Berkeley who took classes in Dutch Studies.

"I understand the powerful effect of philanthropy on a worthy cause," Anna explains. "I appreciate the vision of the Dutch Studies faculty in having an annual lecture that brings the community and public together on an ongoing basis."

Additional donors to the inaugural lecture include Lena de Kesel-Lams and Dita Pepin, as well as Monique Elias and Professor Emeritus Tony Long.

"From Spinoza and Rembrandt to 19th-century novels and contemporary media theory, key conversations in the humanities and arts have been shaped by Dutch artists, writers, leaders, and thinkers. Our Dutch and Flemish Studies program reflects the importance of this powerful history and ensures its continued relevance as a source of intellectual inquiry in our present," said Sara Guyer, dean of UC Berkeley's Division of Arts & Humanities.